We started our Oregon Trail adventure in a small town just east of Kansas City called Independence, Missouri (click on the plus sign on the map to zoom in if you'd like to see where Independence is).  When our space ship landed and we exited, all we could see for miles was grassland.  Fortunately for us, a group of pioneers approached us cautiously, and asked us if we would like to join them on their trip west along the Oregon Trail.  We decided that it would be in our best interest to join them and try to find good farming land in Oregon Country.  We spent a day planning our supply list, buying our supplies, and getting ready to head out.  On April 15, 1848 we left the small town of Independence, on our way towards adventure! (Map and caption by: Mr. Solarz.) 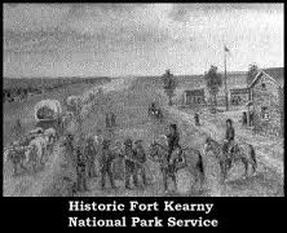 Right now we are in Fort Kearney. We've traveled 80 miles since last time. We've been having a little trouble lately. We have to come here for a bad reason because of Dutch Vermont has been terribly sick and we have to buy medicine here.(Josie) 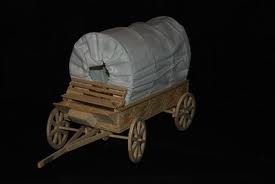 Many people brought wagons like these to carry all their belongings and food. they pulled often by oxen because they were cheap, steady workers, and could survive off a meager diet. People did not usually ride in the wagons because it would weigh down the wagon, making the oxen go even slower, and  making the trip longer. They usually walked alongside the wagon or sometimes on horses, unless they were young children, seniors, or disabled. Some times many wagons banded together and were called "wagon trains''.  (This image and caption was brought to you by Lucia) 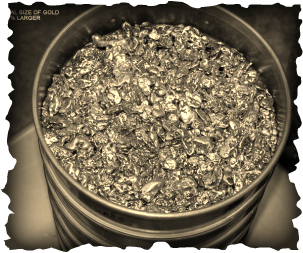 Gold the gold rush that is why so many people moved because they wanted to find gold because it is so much money and alot of people wantd money of course.(by Eddie and Charlie) 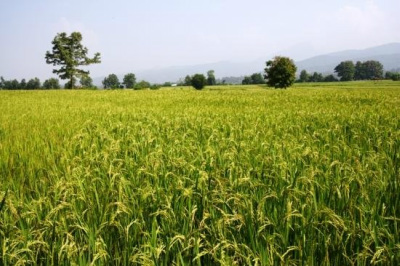 There is very inexpensive farrmland in the western states. Even though it is cheap and almost free, the farmland is still very good out west. (Charles Edwin) 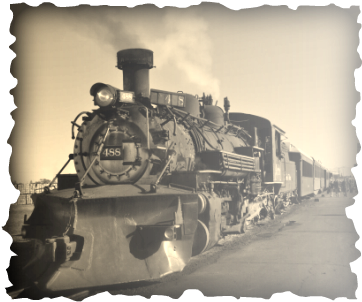 People would work on the railroad when they moved west sometimes and they would also have other jobs for people to do.(by Ed and Chuckles) 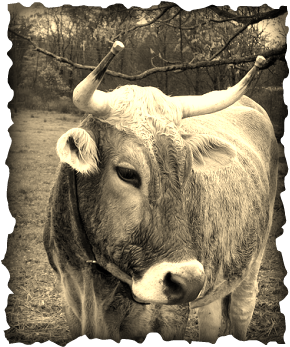 Oxen was very cheap and strong, and kind of fast for there size. They can go about 20 miles a day, but if they go longer than that they can get really tired.(Charles Eddie) 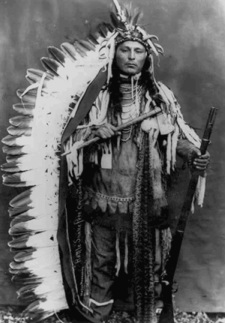 This is native american who has a lot of fur is not afriad to attak other people. He looks like he stole a lot of things from other people. 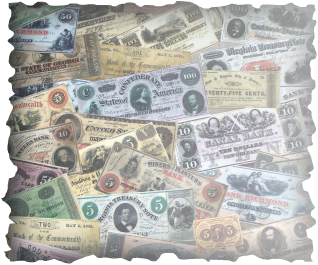 This is the money we gave the indians.  (Gwendolyn Bennet and Raja Bello) 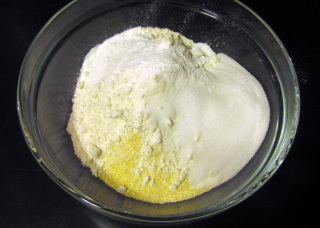 This is a mixture of salt, flour, cornmeal, sugar, and baking soda, also called saleratus. These kind of powdery substances were often brought on the trail in barrels. Sometimes cornmeal was packed with eggs in the same barrel to protect the eggs from breaking.  Also brought along were dried fruit, bacon, rice, coffee, beans, tea, dried and ground corn, and vinegar. (This image and caption was brought to you by Lucia) 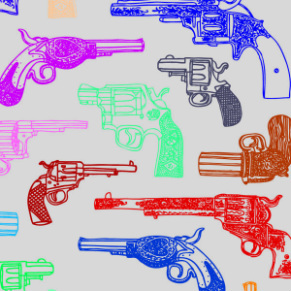 Guns, pistols, and firearms were in almost every wagon. A lot of people were afraid of being attacked by Indians, but they were not encountered too often, but Indians sometimes wanted to trade with the people moving west. There were also animals that could attack their wagon as well. (This image and caption was brought to you by Lucia and Eddie.) 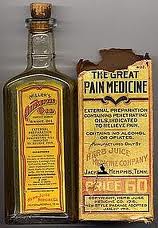 This is early snake oil medicine probaly the kind sold by scam artists. 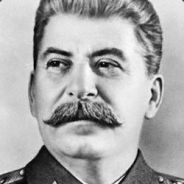 This is Dr. Velociraptor his name means speedy theft in Latin. He sold the snake oil to us for 200 dollars and he was a criminal 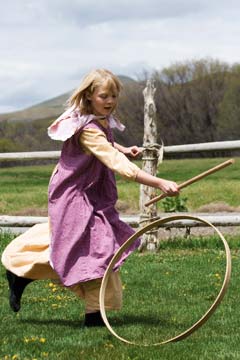 This is a pioneer child playing the hoop game it is a game where you hit the hoop along with a stick and they follow it wherever the hoop goes. 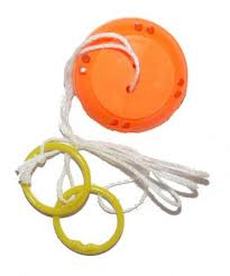 This is a picture of button whizzer, it is where you tread a string through a button and twist it up then let it go and spin. 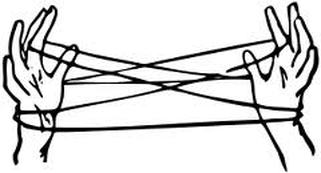 This is a picture of cats craddle, all you do is play with string. That is what the kids would play when they were bored. 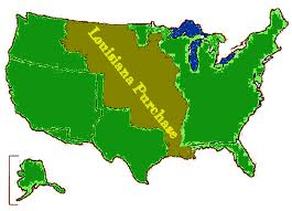 This is the Louisiana Territorry. We learned that 1 square mile is $18 and they purchased 831,321 miles of land. It was also the biggest purcase we made as in land and money. 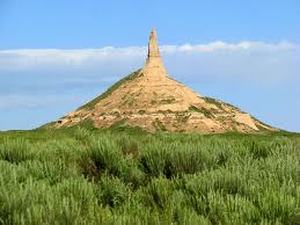 This is Chimney rock in Nebraska. We stopped here for the day because we needed water. We all took awesome pictures in front of it. (Natalie and Abby) 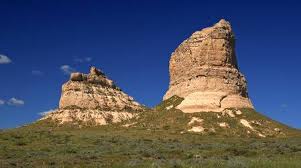 This is court house rock in Nebraska. We stopped for the day because we needed water and took some pics. (Abby and Natalie) 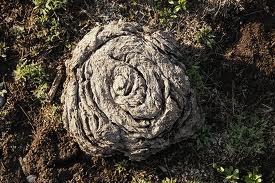 This is what we decided to put in the fire,  this is  buffalo chips witch is buffalo poop! We ended up putting a neddle over the fire which infected the needle that we popped are blisters with. (Abby and Natalie) 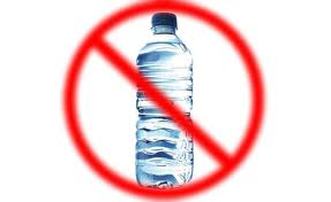 We are so thirsty, we have no water but were trying to come up with an idea to get some. We decided to take are urine and put a tarp over it and some how it creates water. (Natalie and Abby) 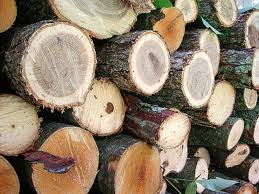 This is firewood that we needed but we decided to use buffalo chips instead. (Natalie and Abby) 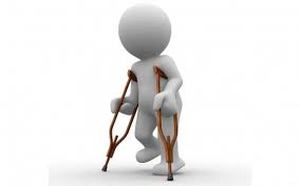 Ten of us are full of blisters on are feet but we are still hanging in there. To bad we don't have crutches with us because it hurts too much. Whenever I walk it kills! Please help! (Natalie and Abby) 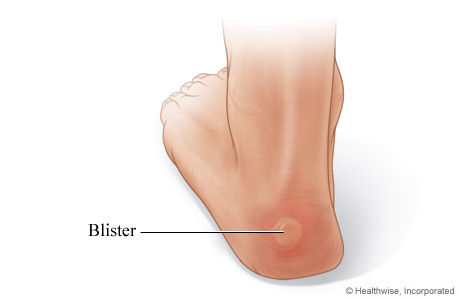 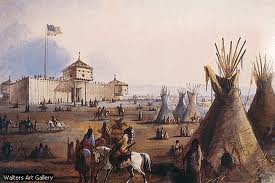 This is a picture of fort laramie with a tribe of Nez Perce Indians.(Nakool and Abby) 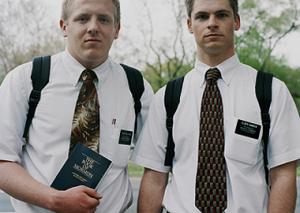 These are the mormans who alll ways are like oh god please be with all about relious belife. These are modern day mormans. (Abby and Nakool) 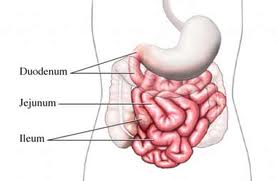 When you have cholera liquids go straight through your body eitheryou throw up,or you have diaria. 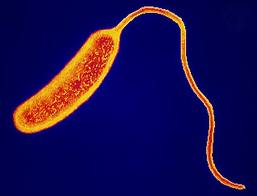 This is a cholera cell with dye and seen with a micro scope.(Nakool)
5th grade classroom website