Breathing Through a Straw 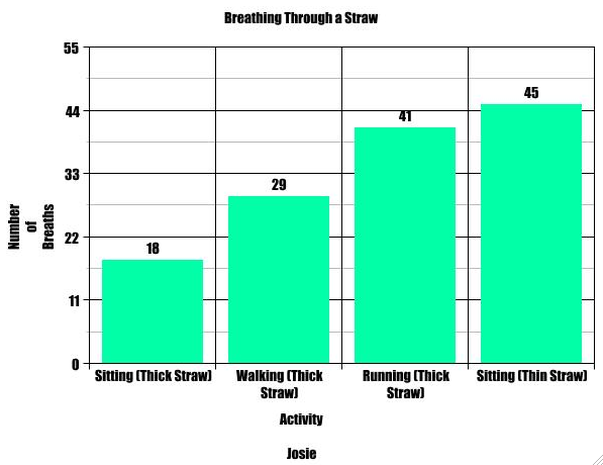 Today we did another activity that had to do with  breathing through straws. We got two straws, one was a normal straw (I called it a thick straw in the graph) and the other a small coffee stirring straw (Labeled thin straw in the graph). The first experiment that we did was sitting in a chair breathing through a normal straw for 1 minute. We did the same thing except we did it walking once, and running once. I thought that they increased in difficulty as we went. Then for twenty seconds sitting we breathed through the coffee straw. We then multiplied our score by three to get sixty seconds. This is my graph of how many times I breathed ( going from left to right as I named the activity. Below is my analysis of this activity.
I thought that some activities were much harder then others while breathing through the wide straw. The hardest one (I thought) by far was running. I breathed the most during that one  because I was moving the most. I thought that it was really hard to breath during that one.
I think that breathing through the wide straw caused this because when you breath through the straw that is your only source of air. When you are breathing that much you need to have more than one way for your body to get air.
I thought that breathing through the thin straw was different because you barley even had an opening for the air to go in and out through. When breathing with the wide straw you had a little bit more room for the air to come through because the opening for your mouth to the outside was a lot bigger then the coffee straw.
I think that we only had to breath through the thin straw for twenty seconds because most of the kids wouldn't have made it for a whole minute.(I know that I could never have done it for a whole minute) I think that we also did it because some kids that have trouble breathing in the first place would have only been able to do it for a few seconds more than twenty seconds. Kids also could've started to get dizzy.
I think that your breathing changes as you become more active because it gets a lot more heavy. I went up a bunch from the first one to running. I don't really know exactly how or why these changes happen but I know that it has something to do with your body needing more liquid and nutrients. 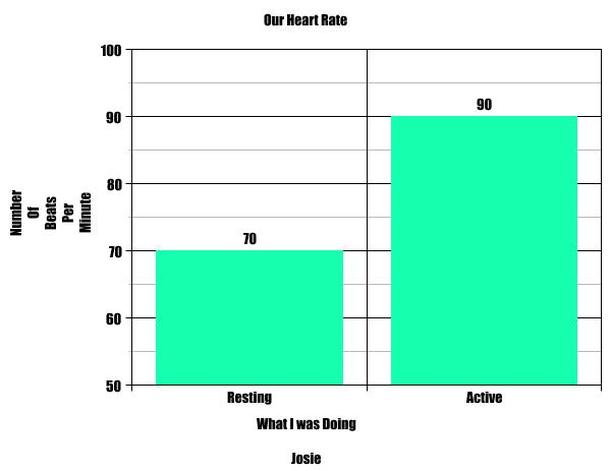 Today we did a experiment about how finding out what our heart rate was. When we were done with it we made a graph. I put mine here to the left. The first bar is about mine when I was resting. The second one was right after I did 50 jumping jacks. Here is my reflection after we did this fun (yet tiring) activity.
After I did the experiments I noticed that my heartrate increased the most when I was done doing a bunch of jumping jacks. It increased about 20 more beats per minute after this. It went way up.
Name: Kristin Gola
Country of Origin: Iceland
Job: Transportation Specialist

Education:
-I went to Bifrost University in Iceland, where I am from.
- I have a degree in transportation

Previous work experiences:
I used to work at a place where they designed vehicles to play with for small kids. I was inspired by it and I decided to create real ones.

Special skills useful for this project:
I am easily able to create new and interesting forms of transportation that would be very useful to help all of us get around Mars much better. Not many people can do this and the things that I make are useful for getting to places that are far away and places that are near. My things that I make are useful and will be very handy when on Mars.

What do you like to do in your leisure time?:
I like to do lots of things including I like to do karate and be outside. One of my other things I enjoy doing is running and drawing.

What music do you enjoy?: I do not like listening to music.

Describe The personality traits that you have that are important for this space project:
I am eager to get thing done do things that have never bean done before. I think I can also help it so we can all have a good life in Mars while we are all there by ourselves.

What are your reasons for wanting to join the space colony?:
I think that I should join the colony because I can make our life on Mars much better then they were on Earth. I will make sure that ALL of the transportation things that I make will be electric so they do not pollute the air and make it so Mars is NOT just as bad as Earth is today. I also know that this will be a once in a lifetime chance to do this and that I would like to be apart of a group full of adventures and fun. I know that this is the right place for me to be at this time and I can make a difference on Mars. 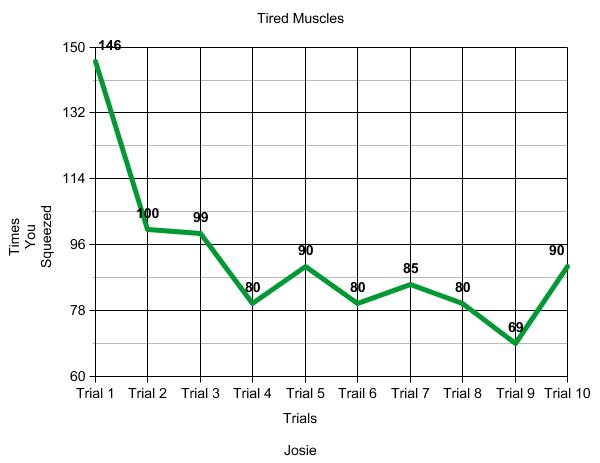